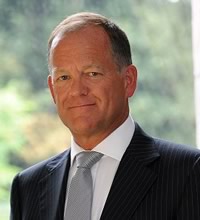 David graduated from University College, Dublin in 1981 and completed the Irish Trauma and Orthopaedic training programme  in 1991.  He then spent a year doing Paediatric Orthopaedics in a University of Minnesota affiliated fellowship in Gillette Children’s Hospital in St. Paul and the Shriners Hospital in Minneapolis.  After this he did a fellowship in spinal surgery in the Queen’s Medical Centre in Nottingham.  He was appointed as a Consultant Trauma and Orthopaedic Surgeon in 1993.  He works in Our Lady’s Children’s hospital Crumlin, Tallaght Hospital and the Blackrock Clinic in Dublin.

He specialises in:adult and childrens’ orthopaedics with a particular interest in limb lengthening and reconstruction, spinal deformity surgery and joint replacement.

David co-founded the charity in 2011 with Pat Kiely and Paula Kelly.

·         Certificate in Specialist Training  in Trauma and Orthopaedic Surgery, 1991

·         Member of the Council of the Royal College of Surgeons in Ireland.

·         Joint Clinic Lead in the Trauma and Orthopaedic Clinical Programme.